NOW THAT IS A PAINT JOB!

The Concorso d’Eleganza ranks as the world’s most exclusive showing of collectable cars, held for about 60 lucky owners at the Villa d’Este hotel on the shores of Italy’s Lake Como. It’s a celebration of automotive history on the playground of the world’s wealthiest people — and yet many of the treasured cars were once someone else’s trash.

Take the ceremonial star of the show, a 1925 Rolls-Royce Round Door coupe, which hasn’t left the grounds of the Petersen Museum in Los Angeles in several years. Famed for its Belgian-built body that stretches into the horizon, and lovingly restored at least twice, the car would fetch an eight-figure sum at any auction. 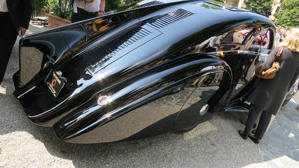 Buddy Pepp, the museum’s executive director, says some of his most frightening moments involve the few hundred feet he’s driven the car. Yet a few decades ago, the Rolls-Royce was rusting in a New Jersey junkyard, where it was discovered by an entrepreneur in the 1950s who slapped a coat of gold paint on it and charged $1 to see it. Only after a massive rebuilding by Bob Petersen did the car’s true value emerge.

Wrecked, abandoned, forgotten — it’s a story told by many owners at the Concorso, from the 1939 BMW 335 Cabriolet pulled from an Italian barn after a few decades of neglect to the 1962 Maserati 5000 GT discovered by a diamond merchant in Venezuela as its then-owner’s street-parked, dusty jalopy. (The restoration took 10 years.)

What unites these owners isn’t so much wealth as a commitment to their cars that goes beyond a monetary value. Even cars that have been preserved for decades, such as the 1968 Ford GT 40, need extensive care to stay in drivable shape. The organizers of the Concorso take pains to choose cars unique among their peers, rejecting two-thirds of those who apply to show up and keeping the field far smaller than the more famous Pebble Beach event.

Pull back the trappings of the show, and set aside the location of a hotel whose rooms start around $4,000 a night, and there’s a sense of pride common to every drive-in neighborhood car show. One of the more popular cars this year was a 1941 Chrysler Town & Country woody wagon. Owner Peter Heydon of Ann Arbor, Mich., gleefully showed the Concorso judges the car’s quirky but well-preserved history, from its built-in spotlight and wood paneling to the ’40s toy pedal car based on it.

“This,” says Heydon, “is the best car show in the world.” 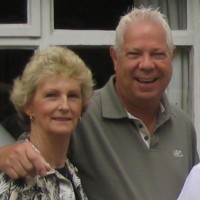